In January 2013 we saw the release of LEGOs brand new theme the Legends of Chima along with the accompanying TV series. With a range of Speedorz available, children can now build and create their very own Speedorz Battle with their favourite buildable characters. 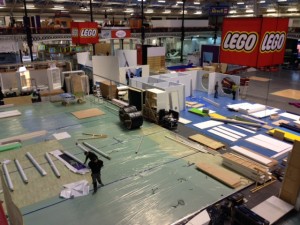 Based around the original LEGO brick, the LEGO Group now offers children experiences and teaching through play materials. We thought we would give you a sneak peek at what products you can hope to see at this years exhibition.

In January 2013 we saw the release of LEGOs brand new theme the Legends of Chima along with the accompanying TV series. With a range of Speedorz available, children can now build and create their very own Speedorz Battle with their favourite buildable characters.

With speculation about the new Star Wars VII film flying around the internet, the popularity of the series can only get bigger. This year LEGO have continued to develop their product range with new additions to the Star Wars lego family, including miniature microfighters,  brand new battle packs and troopers! There will be plenty more stories to tell with the LEGO Star Wars collection.

Children can recreate their favorite films of the past year with the exceptional Marvel and DC comic series by LEGO. With detailed superheroes such as Spiderman,Batman and  Iron Man, children will really have the superhero experience with these figurines. And of course no superhero would be without a villain, and with The Mandarin, Mr Freeze and Doctor Doom available, there are plenty to choose between to build an epic fantasy recreation.

For those younger generations, LEGO will also be exhibiting some of its new additions to the Duplo series, including all-in-one boxes of fun for both girls and boys, and brand new creative kits. This series is made specially for children aged between 2 and 5 with bigger pieces and great starter sets. 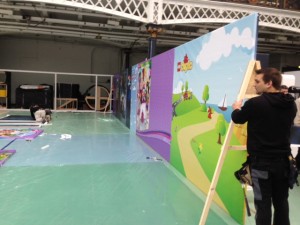 Along with these 4 series, LEGO will be showcasing their best selling Technic, Friends and City LEGO, special edition minifigures and launching their constructible collectibles.

LEGOs exhibition stand this year promises to be an experience of their best selling products in a creative environment. To see the spectacular products now available from LEGO and their unique exhibition stand why not visit the Toy Fair 2014 from the 21st-23rd January.

Ready for installing at the Installer Show